You are here: Home / Work / "The Virgin Chronicles And Song Book"

DESCRIPTIONAUTHOR AND EDITORVOICESFROM THE CONTENT
Louis Marshall Gould takes us on a colourful and magical odyssey through Poetry, Prose & Song – and Photographs. With vivid illustrations by René Märtin.

Louis Marshall Gould
Louis Marshall Gould was born between the White House and Georgetown in Washington, D.C. He lived and studied in the D.C. Metropolitan area before moving to Venice Beach in Los Angeles where he was a graduate student at UCLA. Living on both coasts has coloured his experience and writing – not to mention his many years in Sweden – which he now calls home. Lou is an authentic American-Swedish poet and lyricist. To much of his readership he is also known as ’the apache kid’. Beat and classic romantic influences combine to form a unique blend of expression that has been described as great jazz improvisation. Having worked as a consultant, coach and college instructor for over 20 years in the communications arena in Sweden, he currently resides in Solna, a first line township of greater Stockholm, just up the hill from Råsundas Gamla Filmstaden, Sweden’s classic movie era studio. From his balcony he enjoys a truly panoramic view. 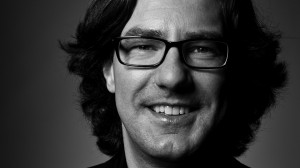 René Märtin (born 1971), therapist, coach and author, has lived and worked since 2010 in the ‘City of Peace’ Osnabrück, Germany. Oh, Land is the author’s first bilingual publication, transferred into English by Gregory Barrett. In 2011 he published the verse narrative ‘Sound of Rescue’ (Norderstedt) and the literary debut of the American author Louis Marshall Gould, who lives in Sweden, ‘The Virgin Chronicles and Song Book’ (Stockholm). Previous publications in 2008 included the poetry volume ‘Durch Wüste und Himmel’ and ‘Nästa år, nästa år’ (Norderstedt and Helsinki). In the same year he also published the volume ‘Hjärteblod på rymmen’ by the Swedish poet Björn GA Donobauer (Helsinki).

»The first thing that I noticed about Lou«s poetry is that it has the flow and rhythm of a great jazz improvisation … and he«s pretty cool too.«
Bertil Strandberg, Swedish Jazz Great

»It«s as if you summarize an entire life, no many lives, and we can steal a glance between these walls and doors.«
Melona, Artist from Gothenburg

»Lou writes directly, shooting from the hip, while landing on the target all the time. He deals with the difficulty of simple words, filled with truth about our lives.«
Izzy Young, Folklore and Music Legend

»Meanwhile, I place my
trust in a Heaven
full of divine grace
and Icelandic ponies«

In December 2009, I read some texts which Louis Marshall Gould had published on … END_OF_DOCUMENT_TOKEN_TO_BE_REPLACED

Functional cookies help to perform certain functions, such as registration for comments. As a rule, details such as name and e-mail are stored.